Will Grimes comes from an accomplished background, having served almost a decade with the United States Marine Corps. During his time as a Marine, Will served as an infantryman Squad leader and had the opportunity to serve under SOCOM (Special Operations Command) units, as well as, SOTG (Special Operations Training Group)also leading teams at the squad level. Before exiting the Marines, he served as a lead instructor for the 1st Marine Division specializing in MOUT (Military Operation in Urban Terrain) and counter sniper operations.

Post Marine Corps, Will spent several years inside of government contract operations and as a police officer. During his tenure as a law enforcement officer, Will received the highest of honors, to include the “Guardian Angel/Medal of Honor” award from the Aurora Fire Department for his actions rendered in 2013.  He was also awarded “Life Saving” awards for actions rendered while serving as a police officer.

During his years of service both military and police, Will trained in, conducted, and instructed operations pertaining to CQB (Close Quarters Battle), AUC (Advanced Urban Combat), designated marksmen ship, MOUT, and counter sniper operations. While exposed to these specialties, Will was the recipient of the “high shooter” awards upon graduation to the courses mentioned. He also received the “distinguished shooter” while serving as a police officer. This is the highest shooting award given during an officer’s time in service.

Currently Will is a fully licensed broker for real estate and has successfully become one of the top brokers in the country; growing a team and achieving top 1% and top .5% in production worldwide for Berkshire Hathaway. Recently, Will has also ventured into the podcast world in order to become a value add to other entrepreneurs. He is the owner of DayOneDollarZero and has had several world renowned entrepreneurs on as guests where they share and discuss their values. In just under two years time, this podcast has grown to 30k downloads an episode on itunes, spotify and google play.

Something you may not know about Will, is that he is still very in touch with the SOCOM community. He is currently a lead instructor for an elite private organization, called Spartan 7. Spartan 7 is owned and operated by prior SOCOM and Secret Service members, focusing on team building events for the civilian community. The venues used for these events are all “tier 1” SOCOM sites, not typically open to the public, until now.

HOW TO PARTNER WITH WILL 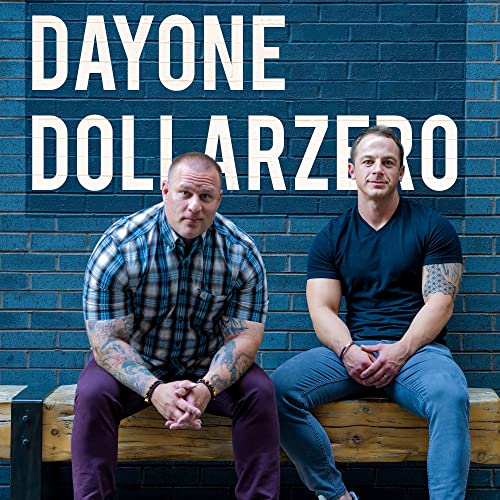 Uncut, raw, punch you right in the face style of branding and business education. From two hosts, a Marine Corps/SOCOM perspective and a born entrepreneur who has created a name for themselves as real estate brokers and business builders. Get ready for a no-nonsense style to approaching life and how two different perspectives of leadership create a dichotomy that leads to success day in and day out.