No legs, no problem: Make overcoming obstacles and tackling adversity a routine task. Leverage your assets and become the best version of you.

Championship habits: Go in depth with the small, everyday habits that can help you become a championship-caliber performer.

Captain America: Learn how to guide your team to gold, right down to the closing seconds.

Infuse, don’t just include: Disabilities are everywhere around us, but learning to focus on the person, not the impairment, can make everyone feel welcome.

Gold or bust: All championship teams have certain aspects in common. Put together a winning game plan to give your team the best chance at success. HOW TO PARTNER WITH JOSH 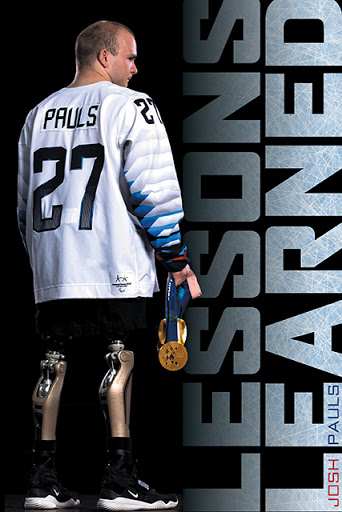 Lessons Learned: My Journey to the Podium
Hardcover – August 2, 2019