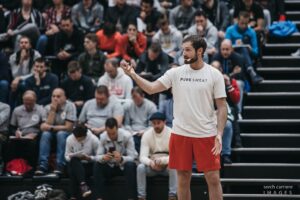 To contact Drew, please use the Book Drew button at the top of the page.